Oh the rain!!!  It has been raining here non-stop for the last two days!  Fortunately, the weather was pretty good on Saturday so Todd and I were able to knock a few things off the outdoor to-do list.  He got all the bushes trimmed, the grass cut, and the sandbox built under the swing set.  He hates to paint, so I offered to take on the entire swing set, thinking it would probably only take me a few hours!!  Ummm….wrong, try 6 hours!!  The only reason I stopped after four hours was because my right hand was numb so I decided I needed a glass of wine to continue 🙂 But wow, what a difference a little scrub down and paint make!!
Before 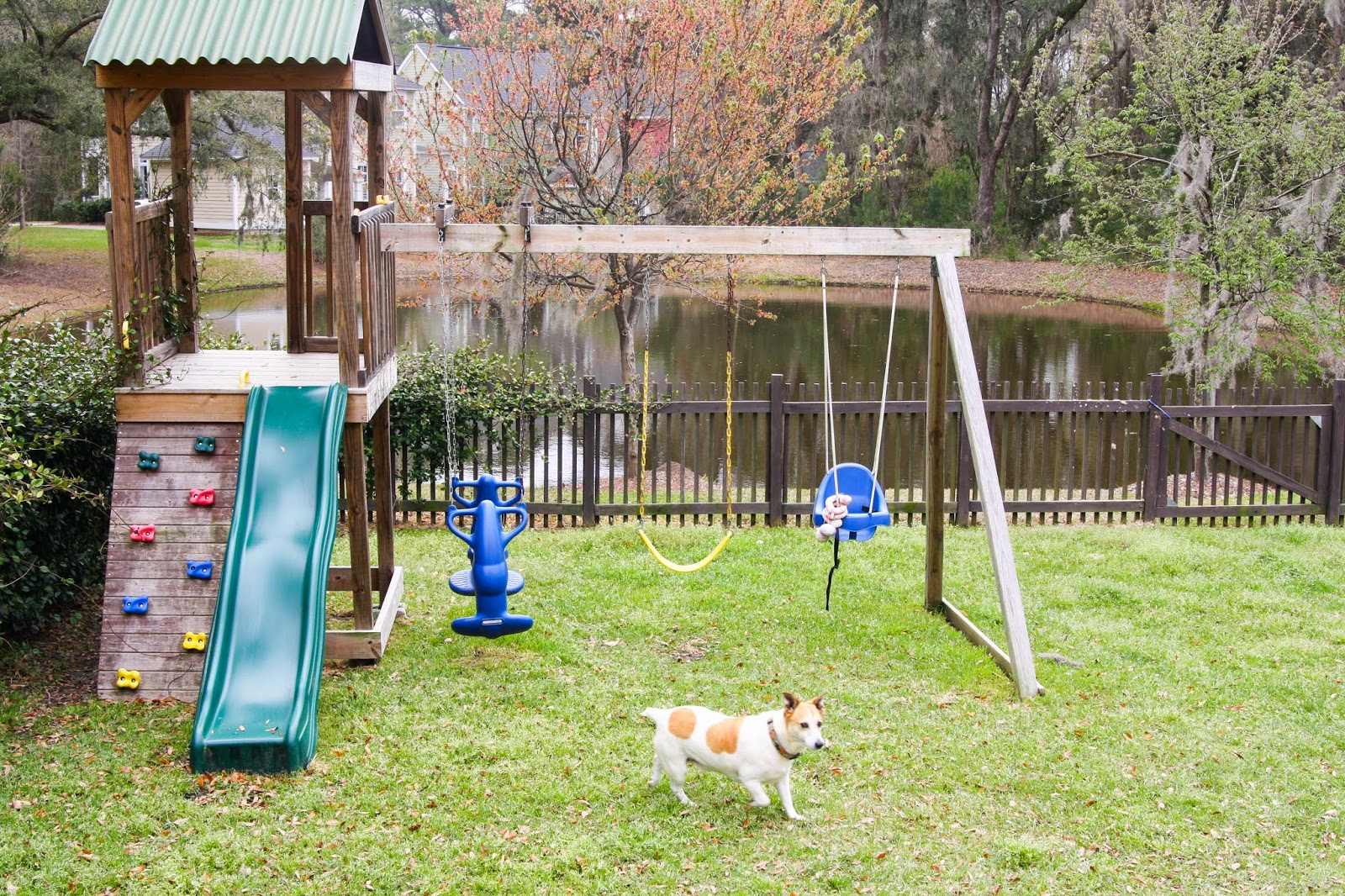 After
(I wish I could have snapped this picture before all the rain came.) 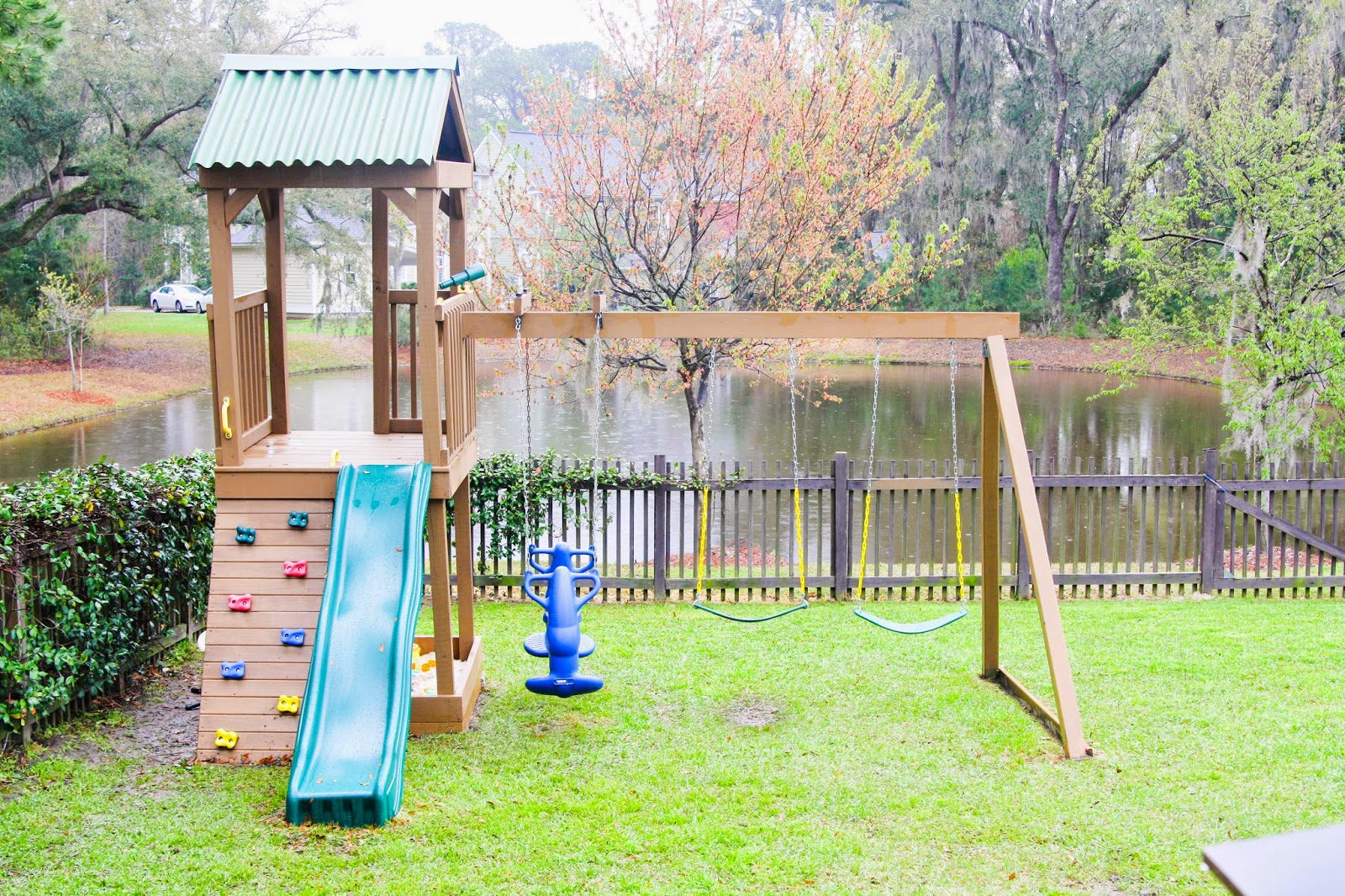 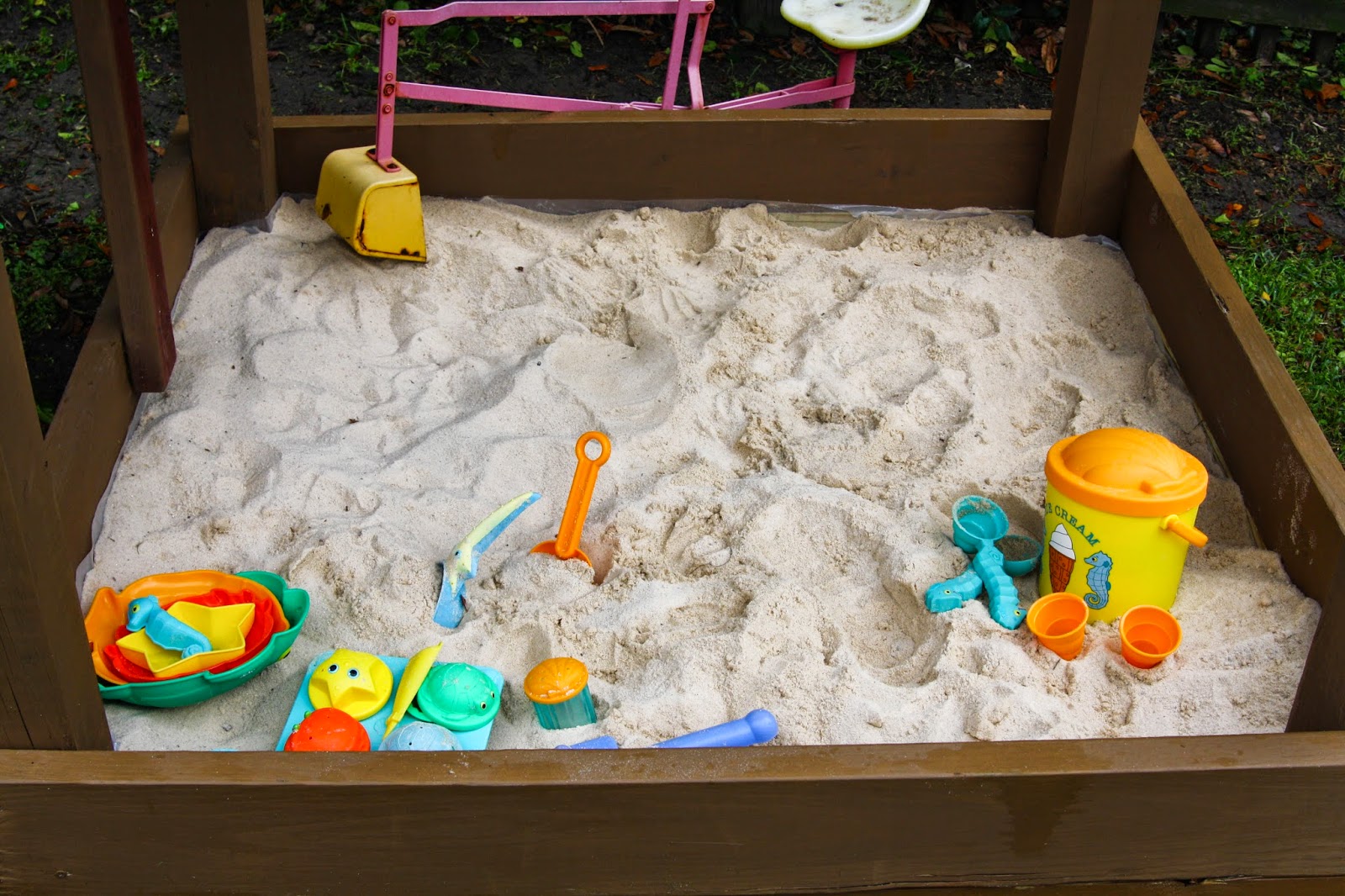 We also had our annual Easter Egg Hunt for our neighborhood on Saturday!  Each year it gets bigger and bigger, I was actually told they put out 4,000 eggs this year!!!  They always make it so much fun, complete with the Easter bunny, jump castles, games, eggs galore, food trucks, and even a cupcake truck this year 😉
This is Taylor looking for the bunny 🙂 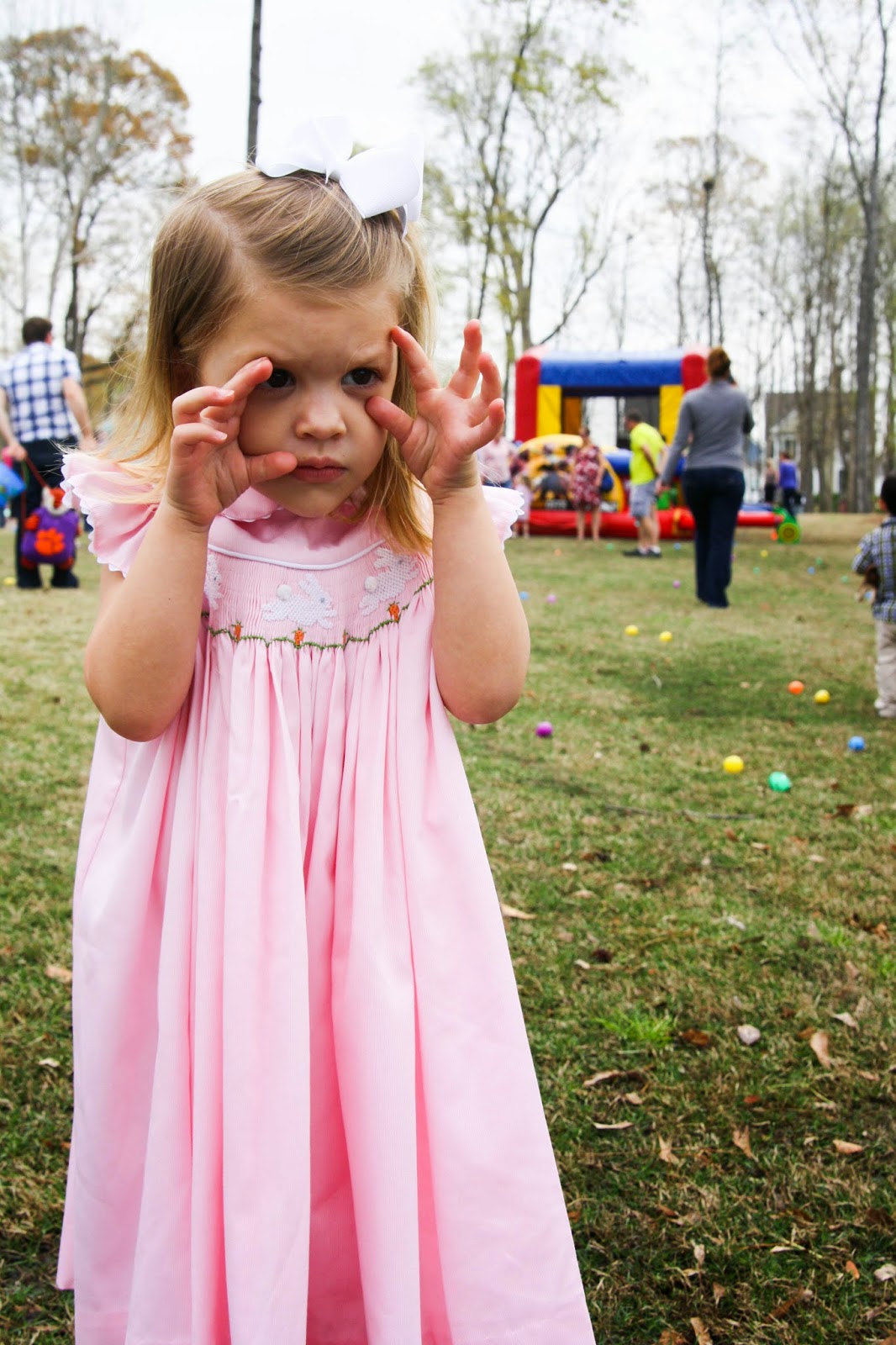 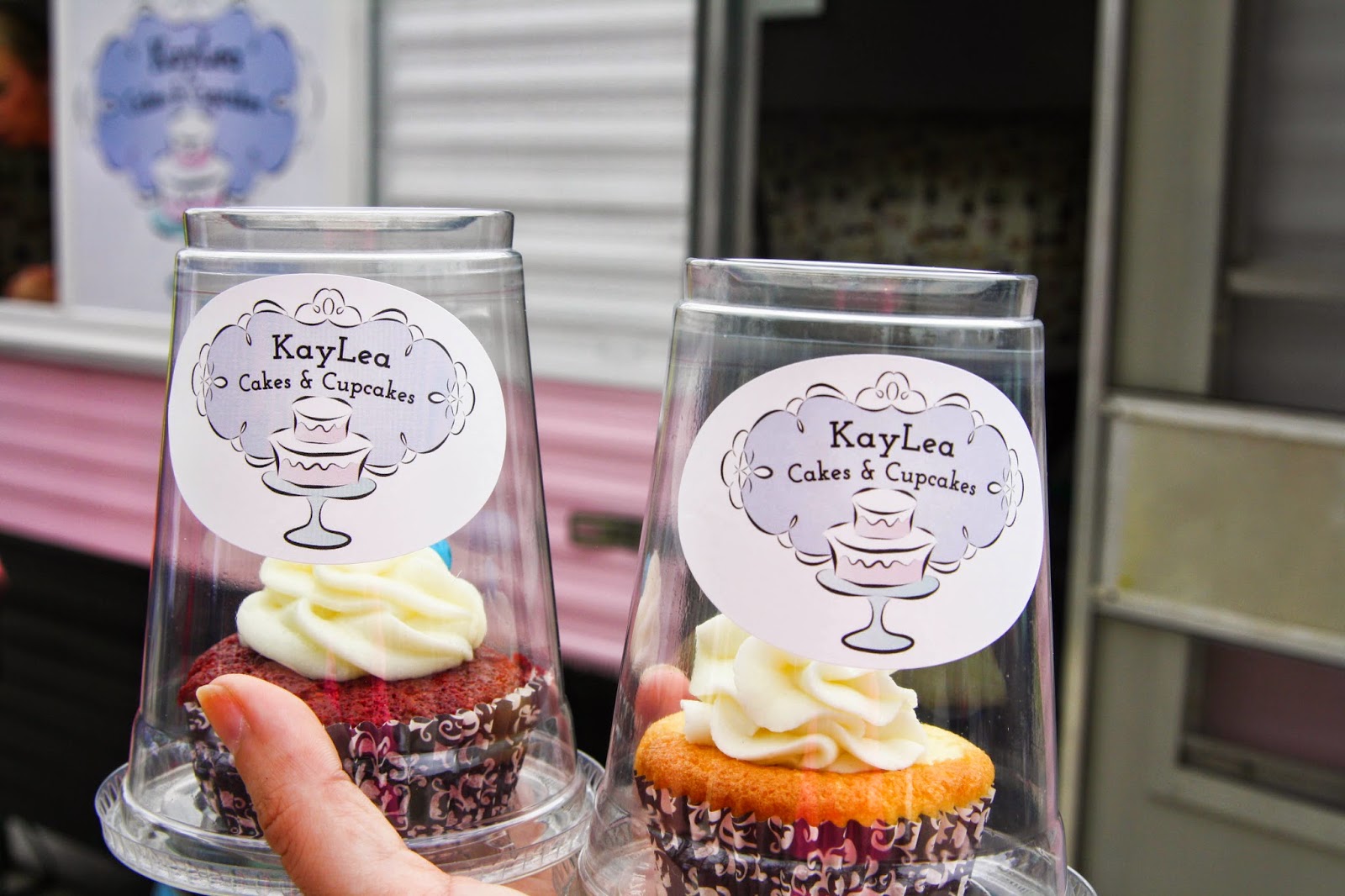 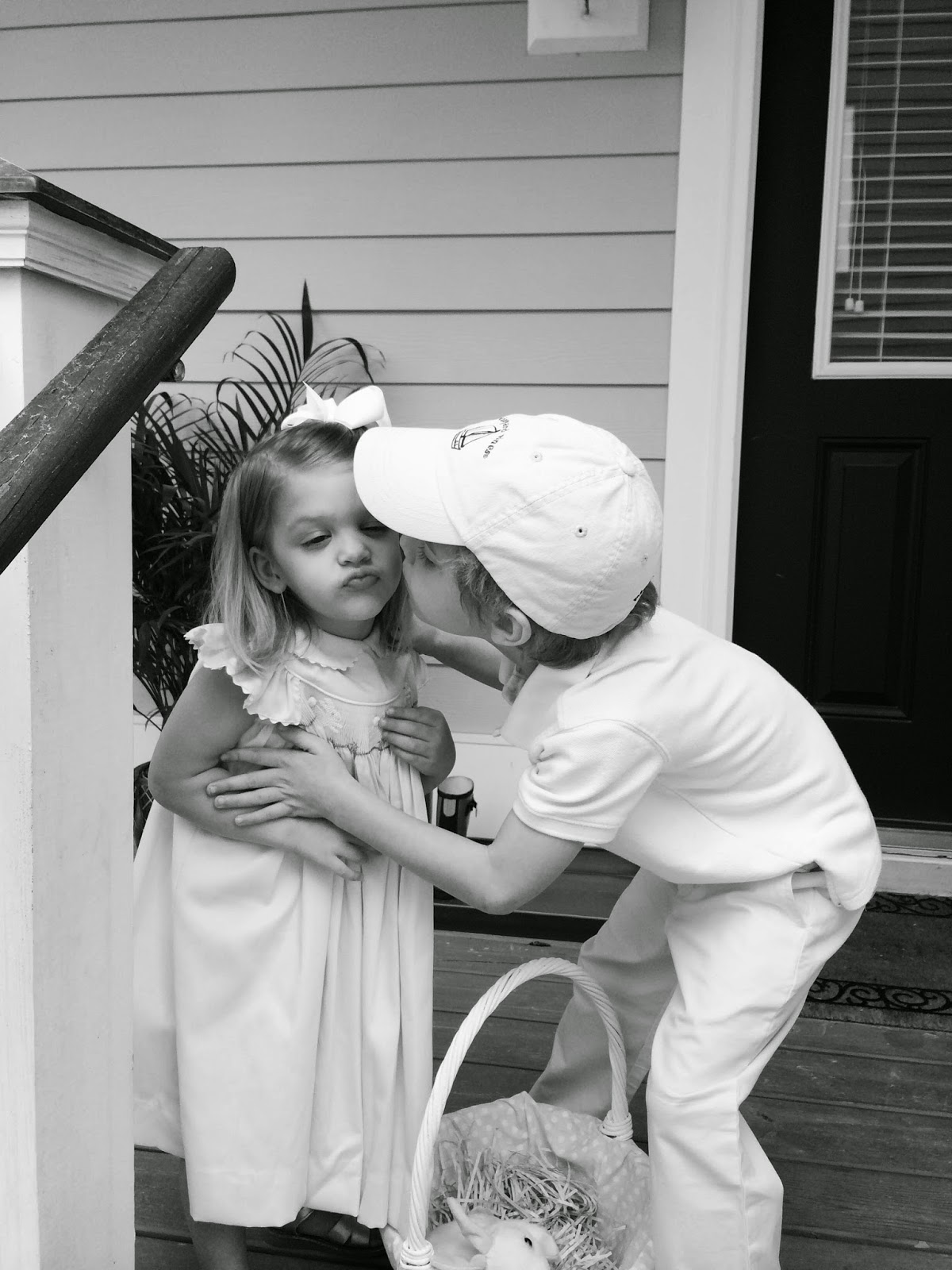 My little man had a sleepover with one of his best buddies from school on Friday.  They’ve actually been best buds since they were two in MMO.  It’s so cute to see the two of them still so close.  That being said, with Carson gone, that meant Todd and I had Taylor all to ourselves (something that doesn’t happen very often).  Todd called on Friday and told me to get ready because he was coming home early to take his girls out.  It was really so awesome getting some one on one time with our little lady, and you could tell she was just eating up all the attention.  In case you guys missed my post over the weekend, I wore this maxi when we went out.  Such a steal for this dress!

After giving it lots of thought, I decided to have Taylor’s playhouse custom built.  I looked into the cheaper ones that I mentioned earlier, but they had horrible reviews!  So, I searched high and low to see what other options were available.  In the end, I fell in love with the ones at LeonardUSA.  They are totally customizable, and can be moved when we decide to move.  We went out to the factory outlet last week, and they are even more adorable in person, and I swear, they are not sponsoring this post in any way.  I just truly adore their little houses 😉  Taylor’s will look similar to this one, minus the deck.

Last, Bloomingdale’s just announced their friends and family sale!!! Use code FRIENDS to save 25% off of your purchase!!
Really loving this swimsuit!!