Our Trip To Atlanta and the Braves Game

« Back To School with Rack Room Shoes

I’m not sure if you guys remember or not, but for Father’s Day the kids and I surprised Todd with tickets to a Braves game. Todd has been telling me for over eleven years now that he wanted to take me to a Braves game, so I figured it was about time I made that happen 🙂
We originally planned to take Carson, but after looking at our weekend schedule and the Braves home games, it wasn’t going to work out to bring him along. Long story short, my parents keep our kids along with my brothers kids every summer at the end of July so we can both celebrate our anniversaries. Our actual anniversary is in August, but since my mom is a teacher we’ve always celebrated it early with a little getaway just the two of us. That being said, when I saw that the Braves were playing on a Thursday evening along with the Avett Brothers performing afterwards the week my parents had our kids, I jumped all over the tickets!
I am shocked to even say it, but this was my first time ever in Atlanta and I absolutely LOVED it!! Todd had been once before when he was in college, but said he only went to a game and didn’t do any real exploring. We decided to get up super early Thursday morning and hit the road so we could have a full day in Atlanta to eat, explore, and shop before the game.
You guys were awesome and recommended so many great places to eat. The number one place that was recommended was St. Cecilia, and it was AMAZING!!
We started off with the fresh baked bread with whipped ricotta and it was so good. 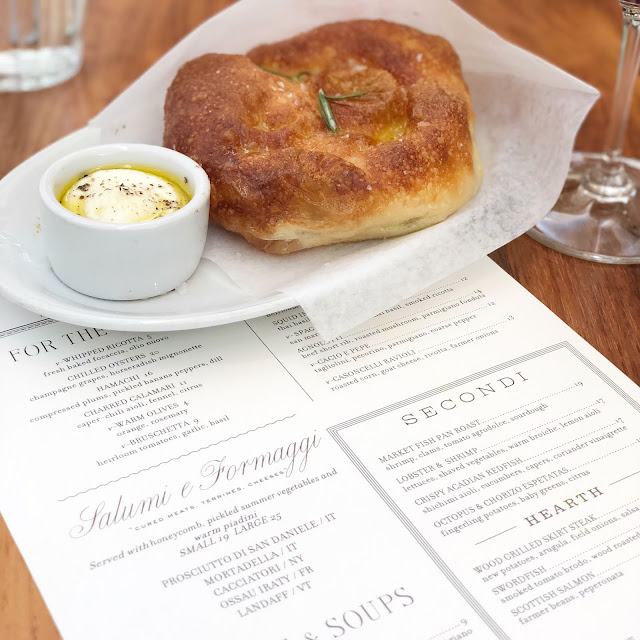 For our main dishes I had the agnolotti pasta while Todd had the squid ink spaghettini and we shared the farmers beans. We absolutely loved it all, and would definitely like to go back again. 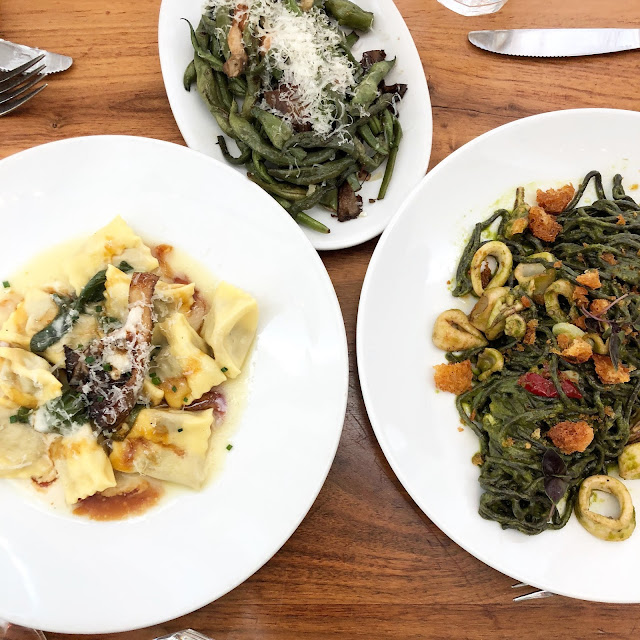 After lunch, we headed to Phipps Plaza to do a little shopping. Our first stop was the Lilly Pulitzer store and the store was gorgeous. I had so much fun trying on all the new prints and styles! I can’t wait to show y’all what all I brought home. Todd was a total trooper, and actually helped me pick out a few things, which hasn’t happened in a long time so I was loving it!  He had a nice comfy seat outside my dressing room and the sweet girls who worked there brought him a beer, so I don’t think he minded too much. 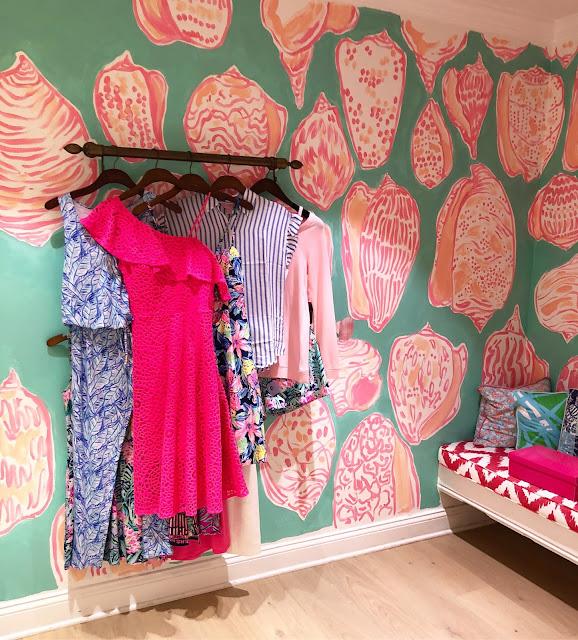 We spent so long in the Lilly store that we had just enough time to quickly browse a few more shops and then we headed to our hotel. We stayed at the Holiday Inn Express Atlanta Galleria and we were able to walk to the stadium, which was so nice.
I could not get over how nice the new stadium was, and how many awesome restaurants and shops there were just outside the stadium. We could have seriously spent an entire day at The Battery (the area that surrounds the stadium) eating, drinking, and shopping.
Can y’all tell Todd was happy to be at the game! He was seriously like a kid on Christmas all day, and it was so fun watching his joy and excitement.
Reversible Tank // Jean Shorts // Baseball Cap // Sandals 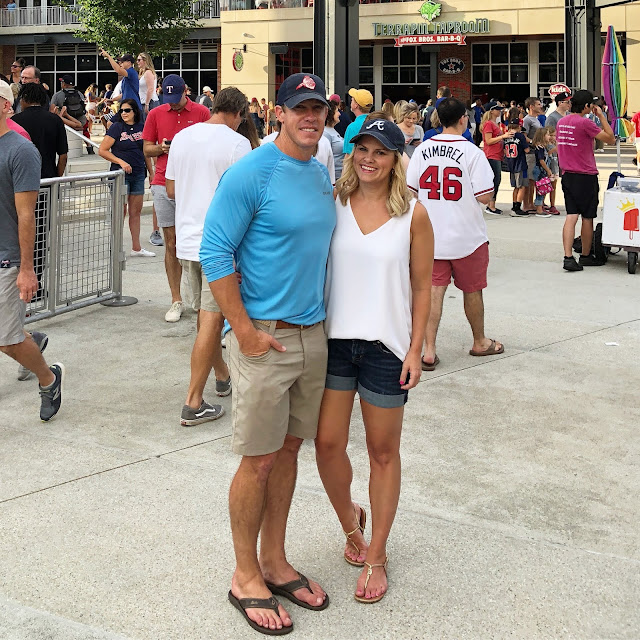 We had amazing seats behind the dugout, so it was so cool to watch the action up close. And even though the Braves didn’t win, the game was great and I got to see my first “bomb” live and in person…ha! 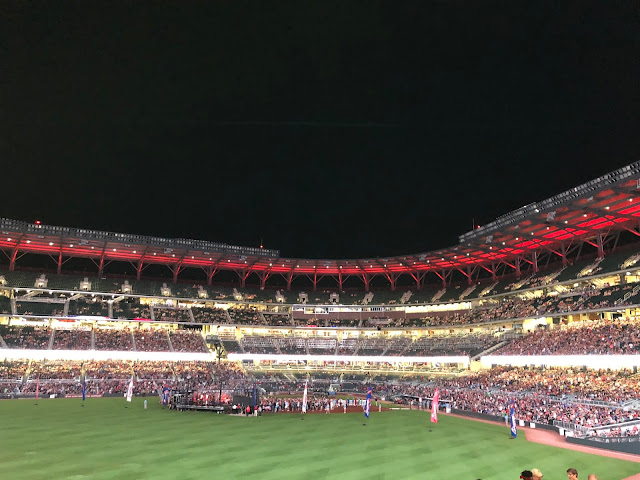 After the game, the Avett Brothers came onto the field and put on an awesome performance. I never thought I would say this, but I seriously can’t wait to go to another game!! 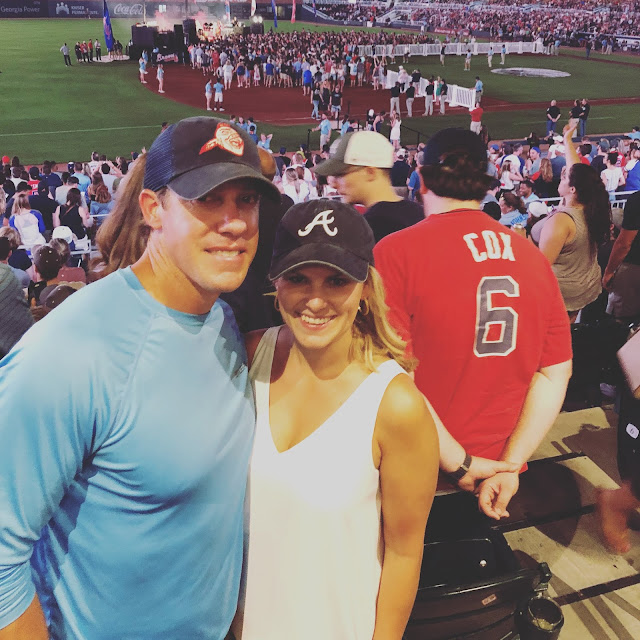 We slept in, enjoyed some coffee, and the worlds best cinnamon buns in bed the next morning. It was pure bliss. Afterwards, we took our time getting ready, and decided to head back to The Battery for lunch and to pick up a few souvenirs for the kids from the Braves Clubhouse Store. 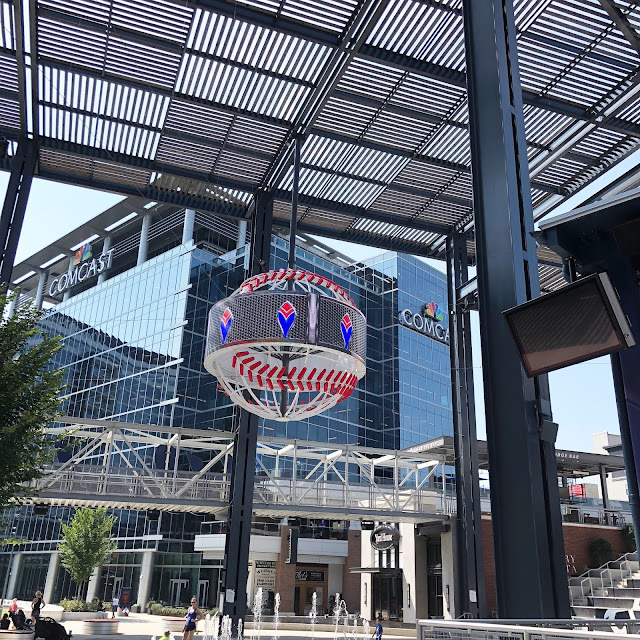 This was another one of those moments Todd was in his happy place. The man does not like to shop, but somehow we spent over an hour in this store and came out with two large bags full of stuff…haha! 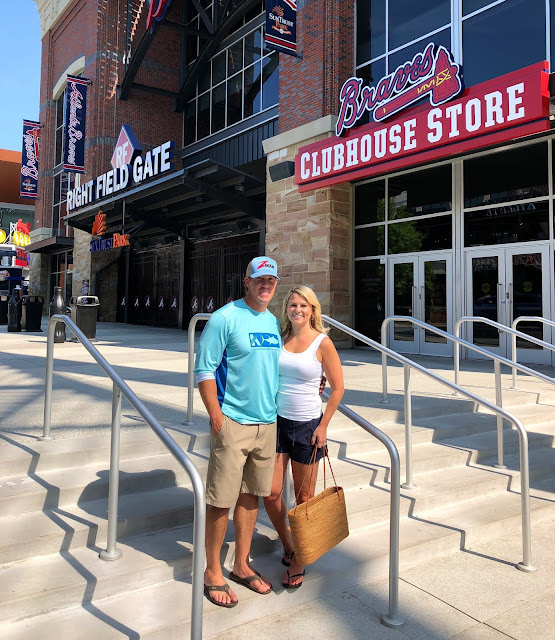 After shopping the Braves store, it was lunch time and so many of you guys said we had to try El Felix. 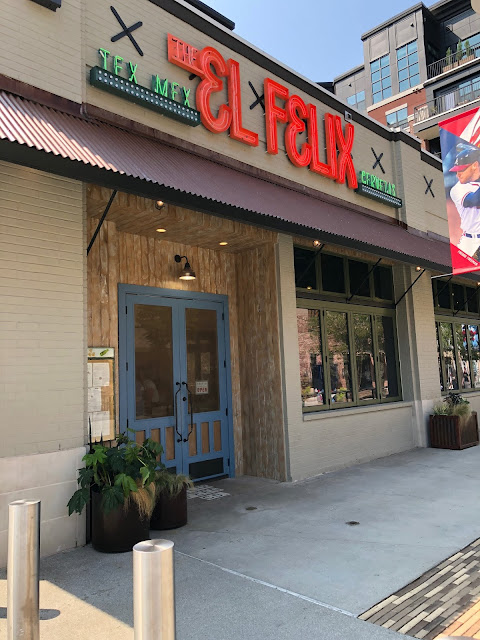 Todd and I both agreed that it was hands down the best Mexican food and margaritas we’ve ever had. And to top things off, our waiter told us we were getting one in Charleston and I almost started to cry I was so excited!
If you ever go here, you must get the chili con queso compuesto. Cheese dip will now never be the same after eating this. 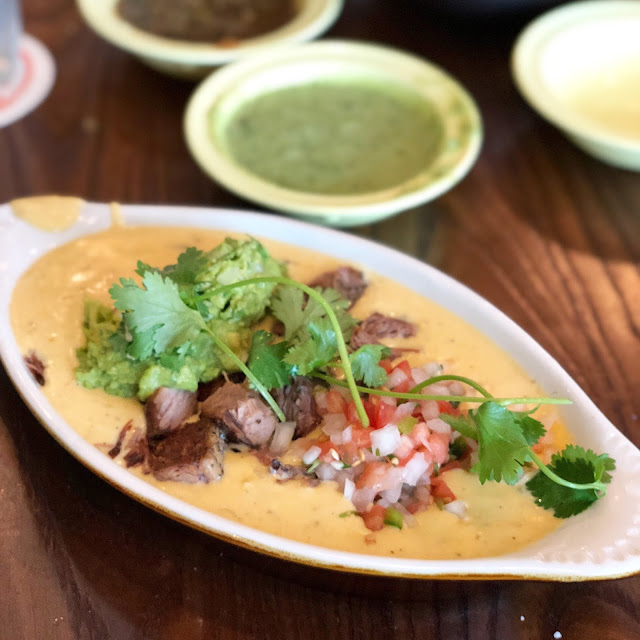 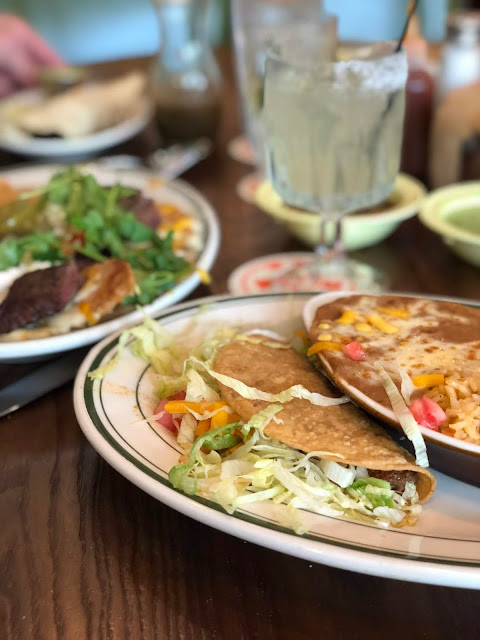 After lunch, we stopped in a few more shops inside the battery and we fell in love with the store Sugarboo. The store was filled with the coolest stuff. It was surrounded by inspiring quotes, funny quotes, and positive affirmations all on wooden signs, pillows, and the prettiest paper goods.
This quote by Maya Angelo is one of my favorites, but this sign was a little more than I wanted to spend at over $600. That being said, I did a little online research and found a similar one for much cheaper here and here. 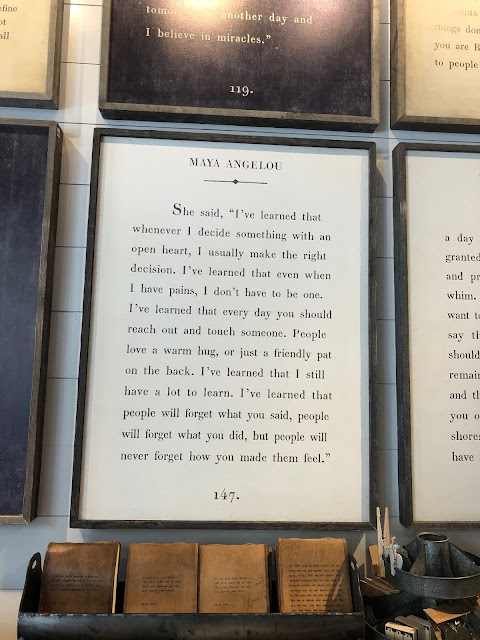 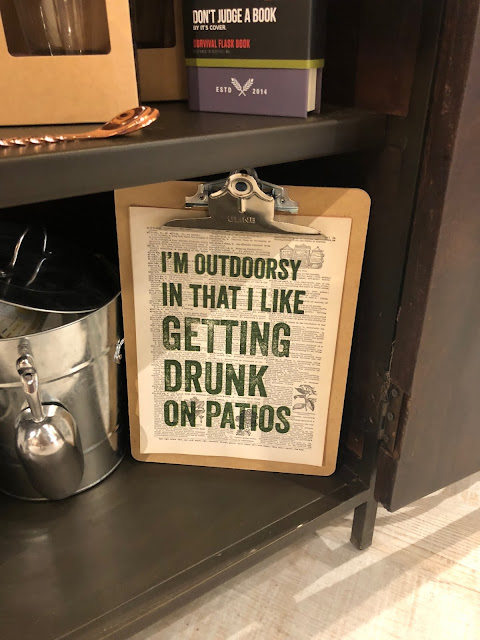 And I know a lot of you asked, so I’ll be back next week with a post on our trip to Palmetto Bluff!

« Back To School with Rack Room Shoes