Back to School Kate Spade Style….. »

Hey girl hey……….I am finally back with some good ol Friday wine talk!  Honestly, I’ve missed the heck out of wine talk, and I’ve had some really funny stuff I’ve been dying to dish!  I’ve also had some deep (maybe not so funny) stuff that I would only chat about after a few glasses of wine, but this morning, you all get to hear it after only a cup of coffee and a Lexapro 😉
// The other night Todd and I watched the movie The Longest Ride.  Such a great movie btw, but then again, Todd and I both love a good feel-good movie!  Ha!  I bet Todd is saying out loud as he’s reading this, “Damnit Caycee, this is your wine talk so stop trying to pull me into it while also making me look like a wussy.” Anyway, back to the point.  The movie had horses in it and I am not sure if I’ve ever told you, but as a little girl I wanted a horse SO BAD!  I asked Santa for one every year until I was 13 years old, but he never brought me one!  I mean, what the hell…I wasn’t asking for a Unicorn!?  I just wanted a horse!!  I am totally kidding y’all (kind of), but did you guys hear the “I was 13 years old” part!?!  Yeah, that is how old I was when I finally stopped believing in Santa, and even then I thought my parents were lying about him not being real.  I didn’t talk to them for an entire week!  Point of the story, I hope my kids believe in Santa as long as I did, and I sure as heck hope they don’t ask for a horse or any other big animal for that matter!  But the magic, oh the magic, when they believe!
(Looks like some kid was obviously a lot better behaved than I was!!) 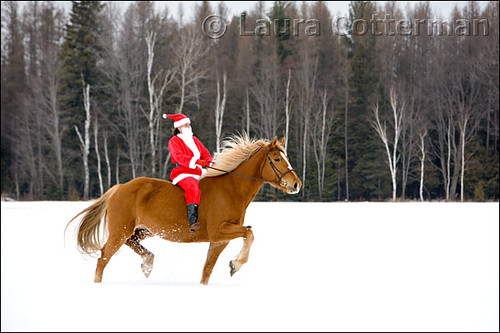 // Therapy has been so good so far.  Hard, tearful, and even gut-wrenching at moments, but still so good to get things out.  The biggest thing that I have learned so far is that having the “upper hand” or being in control will NEVER bring you happiness!  Changing is hard, but in order to grow and be truly happy I must.  Over the last three weeks I’ve watched myself let go more, and I’ve also avoided making certain decisions without considering Todd’s feelings and his opinions . Wow, you guys, just wow!  I can’t explain the weight that has been taken off, not to mention the fact that I feel more connected and loving of Todd and our marriage than I ever have. // And since number two was really deep, and makes me feel very vulnerable admitting my flaws, we must end with something really funny…right?  How about some really funny and true mommy e-cards!
Yep, pretty sure this is what Carson has been whispering to Taylor all summer 😉

Yes, yes, and yes!!  I swear, if I have a call to make or if my phone rings the kids start acting completely crazy!!  And all of a sudden Carson has 19 questions that he must ask me right at that moment!!

Yep, pretty sure I haven’t used the bathroom alone all summer long!  And it never fails, when I do try they are both suddenly hungry or thirsty 😉 Back to School Kate Spade Style….. »